ALL YOU NEED TO KNOW ABOUT ISF – US IMPORTERS

Sino ShippingLogistics processALL YOU NEED TO KNOW ABOUT ISF – US IMPORTERS 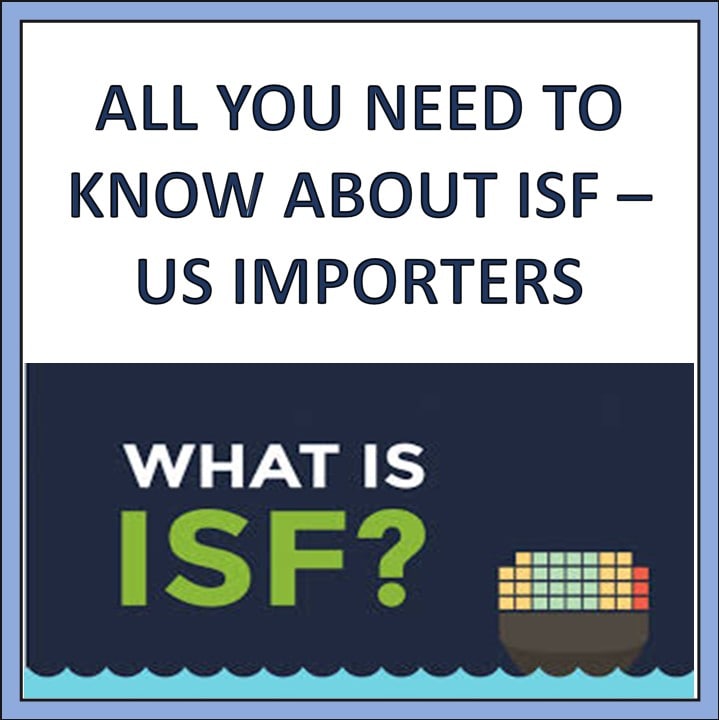 ALL YOU NEED TO KNOW ABOUT ISF – US IMPORTERS

Before merchandise can be imported into the United states the importer security filing (ISF) also called customs broker must submit electronically the 10+2 data elements to Customs at Border protection (CBP) no later than 24 hours prior to the cargo being loaded.

Important note: submission of inaccurate, incomplete or untimely filing may issue liquidation of $5,000 per violation to be payed to CBP. 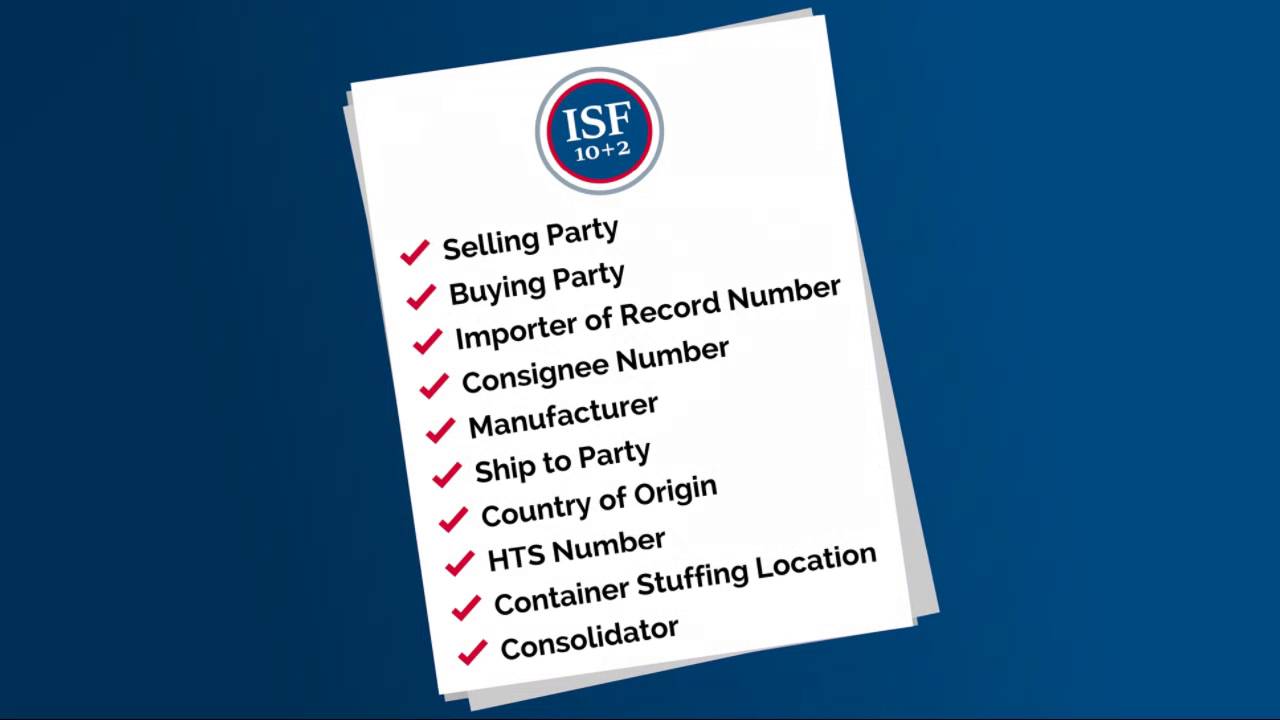 Being a Part of ISF Filing you must submit the above fields to US customs. Please make sure that you provide all the listed elements with all details which is very important for your inbound shipment. Make sure that you back up all the information by documentation before attempting to file ISF.

Below you will find Details regarding the 10 elements

ISF filer must provide the complete name, address, city, state or province, postal code, telephone and fax number of the person or company that loaded the imported cargo into the container.

Attention: if the supplier (person or company) is the one who loaded the container or arranged the stuffing of the container, in this case the manufacturer is considered to be the consolidator (stuffer) the ISF filer would put “Same Manufacturer”.

ISF filer needs to provide the complete name, address, city, state or province, postal code, telephone and fax, number of the person or company that loaded the container.

In case of a container loaded in different locations, you must provide all the stuffing locations listed on the bill of lading.

Name and address of the last known entity to whom the goods are sold or agreed to be sold.

ISF filer needs to provide the complete name, address, city, state, zip code, telephone and fax number of the first person or company that will be receiving the imported cargo imported to the united states.

Attention: if the person receiving the imported cargo is the same as the buyer, then the ISF filer would put “same buyer”

Attention: In case the imported cargo will be received by different companies, you should provide the name and address of the first company that will receive the cargo or container.

IOR is the person or organization that is responsible for all  paperwork and other formal documents required to enter imported goods to the USA.

It consists on providing the appropriate entry documents for clearance through Customs Border Protection (CBP) at US ports, payment of any duties, levies or fines, product classification and certification and any other obligation.

Full name, address, employer identification number or CBP assigned number and social security number of the party on whose account the goods are being shipped.

Commodity duties are based on this code, that’s why it’s very important for US importers to know and use the correct HTS-US codes.

HTS code takes the first six digits of an HS code (Harmonized system), plus four different last digits. Which makes a total of 10 digits for an HTS-US number.

Origin of the products, where they were produced, manufactured or grown.

+2 data elements which are entirely the responsibility of the carrier:

The manufacturer, country of origin, and HTS number must be linked to one another at the ISF line item level. Customs will allow the entry/entry summary to be filed at the same time as the ISF.

The consequences of non- compliance with the ISF 10+2

There are four types of non-compliance:

The sanctions range from a minimum of $5000 per declaration to a maximum of $10000, the amount depends on the number of non-compliance.

However, the customs authorities can take certain factors into consideration to reduce the amount.

Customs authorities can also withhold the cargo until the declaration is submitted.

10+2 elements provide US Customs with the necessary information and determine which container require further examination.

However, importers can fill the ISF on their own or through a service provider with a valid power of attorney.

Sino Shipping is Ideally situated to file the ISF with our experienced Customs Brokerage and full 24/7 coverage.

Q1: Can a Customs Broker be an agent for all of our ISF’s for a full year?

A: No. Each ISF is done on an individual basis. An ISF importer file the ISF themselves or hire an agent for each individual filing. There is no limit as to how many different agents an ISF Importer may use during the course of a year.

Q2: Does the ISF Filer need to be located in the US?

Q3: Does the “filing agent” for the importer have to be a Licensed Customs Broker?  Can it be the foreign freight forwarder

A:  A filing agent does not have to be a customs broker except for the case of a “unified filing.”  A foreign freight forwarder can also be a filing agent.

Q4: When do we have to stop amending the ISF?

A: The Importer Security Filing must be amended if there is a change or more accurate information becomes available before the goods enter the limits of the port of first arrival in the United States.

However, if the flexible filing option (“FR”, “FT” or “FX”) is used, the ISF MUST be updated with the correct or more accurate information as soon as it is known, but in any event no later than 24 hours prior to arrival of the vessel in the first U.S. port. If better information does not become available and/or the original information is the best information, the ISF must still be completed using the “CT” amendment code

Q4: Are changes to the ISF after arrival at the port of discharge allowed or required?

A: Generally, the requirement to update an Importer Security Filing terminates when the vessel calls at the U.S. port of arrival.  However, CBP will not restrict updates outside of this window

Q5: What happens if I fire my ISF Agent, but still need to update my ISF?

Q6: How will importers be able to amend the security filing if they don’t have access to the Importer Security Filing elements in CBP systems?

Q7: How do I handle shipments sold on the water?

The ISF will need to be updated if the shipment is sold in transit.  At a minimum, the ISF Importer must notify CBP that the goods have been sold, and the party must update the Buyer (Owner) field and any other field that the party knows has changed as a result of the sale.  The ISF Importer remains liable for the timing and accuracy of the ISF filing.

Q8:  Can I amend the bill of lading number on the ISF?

Yes.  From a transactional standpoint, the system will allow an ISF Filer to update an existing ISF with a new bill of lading number.  However, the ISF Importer is ultimately responsible for the timely, accurate, and complete submission of the Importer Security Filing.

Q9: What happens if I enter an ISF and then the shipments do not ship?

A: Withdraw the ISF by deleting it.

Q10: Will you allow the entry to update the ISF?

Q11: CBP should create detailed amendment codes so changes to the ISF can be tracked more easily.

CBP agrees and will post a list of amendment codes, once they have been fully developed, in the next set of implementation guides.

We are so Glad to Share our Knowledge and points of view of China freight forwarding company with you, for better future and easier shipment around the world. Sino Shipping is here to help you, In case of any inquiry or information please fell free to  contact us, and we will get back to you as soon as possible. 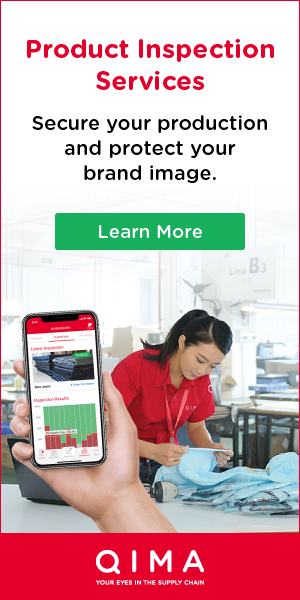 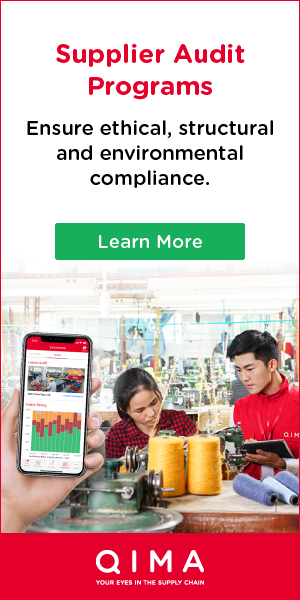