International Freight Forwarder and Customs Broker Based in China

DDP, or “Delivered Duty Paid,” is an Incoterm that indicates the seller is responsible for delivering the goods to the buyer and paying all costs, including customs duties and taxes. In this blog post, we will discuss the use of DDP in international trade.

What Is Delivered Duty Paid (DDP)?

When goods are delivered “delivered duty paid” (DDP) the seller bears all liability, risk, and expense up until the buyer picks them up or transfers ownership at the destination port.

Expenses incurred when delivery to a predetermined location in the buyer’s nation, including shipping charges, export and import tariffs, insurance, and any other costs, are covered by this agreement.

DDU and DDP can be compared (deliver duty unpaid).

In a delivery agreement known as Delivered Duty Paid (DDP), the seller takes full responsibility for the shipment of the goods until it reaches the specified location.

It is an international transportation standard contract, or Incoterm.

Under DDP, the seller must arrange for all transportation and associated costs including export clearance and customs documentation required to reach the destination port.

The dangers to the seller are numerous and consist of VAT fees, bribery, and storage costs in the event of unforeseen delays.

A DDP is advantageous to the buyer because the seller covers the majority of the risk and shipping expenses.

A shipping arrangement known as Delivered Duty Paid (DDP) places the greatest amount of obligation on the seller. The vendor must make arrangements for import clearance, tax payment, and import duty in addition to shipping fees.

Once the products are made available to the buyer at the port of destination, the risk passes to the buyer.

Before the transaction is complete, the buyer and seller must agree on all financial terms and identify the destination.

DDP is most frequently used in international shipping transactions because it was created by the International Chamber of Commerce (ICC), which aimed to standardise shipping worldwide.

The advantages of DDP skew in favour of the buyer because they incur less risk and expense during the shipping process; this puts a heavy load on the seller.

The DDP Incoterm defines the responsibilities of the seller and the buyer for the costs and risks of the trade.

The seller arranges for transportation through a carrier of any kind and is responsible for the cost of that carrier as well as acquiring customs clearance in the buyer’s country, including obtaining the appropriate approvals from the authorities in that country.

The vendor must provide confirmation of delivery, pay for inspections, and notify the customer when the products arrive at the agreed-upon place.

When the items are delivered to the specified location, the seller is responsible for making arrangements for evidence of delivery, covering the expense of all inspections, and notifying the buyer.

It is also the only Incoterm where the seller has to take care of the customs formalities on import (duties and taxes, export and import clearance procedure).

In the Incoterms 2010 rules, the DDP Incoterm gives the seller the following responsibilities:

The shipper may not always be able to get the items cleared through customs in other nations.

Each country has different DDP shipping regulations. It is better if the buyer oversees the import clearance process because it can be challenging and time-consuming in some countries.

Customs may disregard the fact that a shipment is DDP and delay it if it does not cross customs.

Depending on the customs ruling, the vendor can then use alternative, more expensive delivery methods.

Responsibilities of the buyer under the DDP Incoterm

Under the DDP Incoterm, the buyer’s responsibilities in relation to the trade are as follows:

The DDP Incoterm is the Incoterm with the least responsibility for the buyer.

VAT and the DDP Incoterm

As mentioned, the DDP Incoterm is the only Incoterm in which export and import clearance procedures are the responsibility of the seller. This has implications for value added tax (VAT).

Specifically, under the DDP Incoterm, it is the seller, i.e. the company shipping the goods, that pays the VAT.

In practice, transport companies often bear the costs of customs clearance procedures and then charge them to the company that has shipped the goods.

For goods exported to E.U, it is possible for the seller to reclaim VAT in certain cases.

Among other things, the seller must be liable for VAT in his country, the recipient of the goods must be a professional customer liable for VAT, and the amount of VAT to be recovered must exceed a certain threshold.

When the cost of supply is comparatively steady and straightforward to estimate, DDP is utilized.

However, some experts believe that there are reasons U.S. exporters and importers should not use DDP.

Value-added tax (VAT) may be charged to exporters from the United States at a rate of up to 20%. The purchaser is additionally qualified for a VAT refund.

Additionally, exporters may incur unforeseen storage and demurrage fees as a result of delays by customs, agencies, or carriers. Bribery is a problem that could have serious repercussions for the American government as well as a foreign nation.

Because the seller and its forwarder are in charge of the shipping, U.S. importers have little knowledge of the supply chain.

Additionally, a seller may markup freight bills or raise prices to cover the cost of obligation for the DDP shipment.

Poor DDP management increases the likelihood that inbound shipments may be held up by customs inspection. In order to cut expenses, a seller may choose to use less dependable, less expensive delivery providers, which could result in late shipments.

What Does DDP Mean for an Exporter?

What Is the Difference Between DDP and DDU?

Delivered Duty Unpaid (DDU) simply indicates that the consumer is responsible for all customs fees, tariffs, or taxes incurred by the destination country. For the package to be released by customs after it arrives, they must all be paid.

Delivered Duty Paid (DDP) on the other hand means that the shipper is responsible for paying all customs fees, tariffs, and/or taxes necessary to send the product to the destination country.

When to use the DDP Incoterm?

Incoterms are used for exports and imports.

The DDP Incoterm is applicable to any trade, regardless of the mode of transport. This is not the case for all Incoterms: some are reserved for trade involving the transport of goods by river and/or sea, such as the FOB Incoterm.

What is Delivered Duty Paid (DDP)?

DDP is a shipping arrangement in which the seller is responsible for all aspects of the shipment, including transportation, customs clearance, and import duties, until the goods are delivered to the buyer at the specified location.

Who is responsible for paying customs duties and taxes under a DDP arrangement?

The seller is responsible for paying customs duties and taxes under a DDP arrangement.

Who is responsible for arranging transportation under a DDP arrangement?

The seller is responsible for arranging transportation under a DDP arrangement.

Who is responsible for handling customs clearance under a DDP arrangement?

The seller is responsible for handling customs clearance under a DDP arrangement.

What are the advantages of a DDP arrangement for the buyer?

A DDP arrangement can be advantageous for the buyer because the seller is responsible for the majority of the risk and shipping expenses, which can minimize the buyer's costs and risks.

What are the risks for the seller in a DDP arrangement?

There are several risks for the seller in a DDP arrangement, including the possibility of unexpected delays or issues with customs clearance, which can result in additional costs such as storage fees or bribes.

What is the DDP Incoterm?

The DDP Incoterm is a standardized set of terms and conditions used in international trade to define the responsibilities of the seller and buyer in relation to the trade, including who is responsible for paying customs duties and taxes, arranging transportation, and handling customs clearance. By agreeing to a DDP Incoterm, both parties can have a clear understanding of their obligations and minimize the risk of misunderstandings or disputes.

Can a DDP arrangement be used for domestic shipping within a single country?

No, a DDP arrangement is typically used for international shipping between countries. For domestic shipping within a single country, other shipping arrangements such as FOB (Free on Board) or CIF (Cost, Insurance, and Freight) may be used.

Is a DDP arrangement always the best choice for the buyer?

It depends on the specific circumstances of the trade. While a DDP arrangement can be beneficial for the buyer because the seller takes on most of the risk and shipping expenses, it may not always be the most cost-effective option. It is important for the buyer to carefully consider the costs and benefits of different shipping arrangements before making a decision.

Can the DDP Incoterm be modified or customized?

Can the DDP Incoterm be used in conjunction with other Incoterms?

No, the DDP Incoterm cannot be used in conjunction with other Incoterms. The parties involved in the trade must choose a single Incoterm that applies to the entire transaction.

Is the DDP Incoterm used in all countries?

The DDP Incoterm is used in countries around the world, but it is not mandatory. Parties involved in international trade can choose to use other shipping arrangements or Incoterms if they prefer. 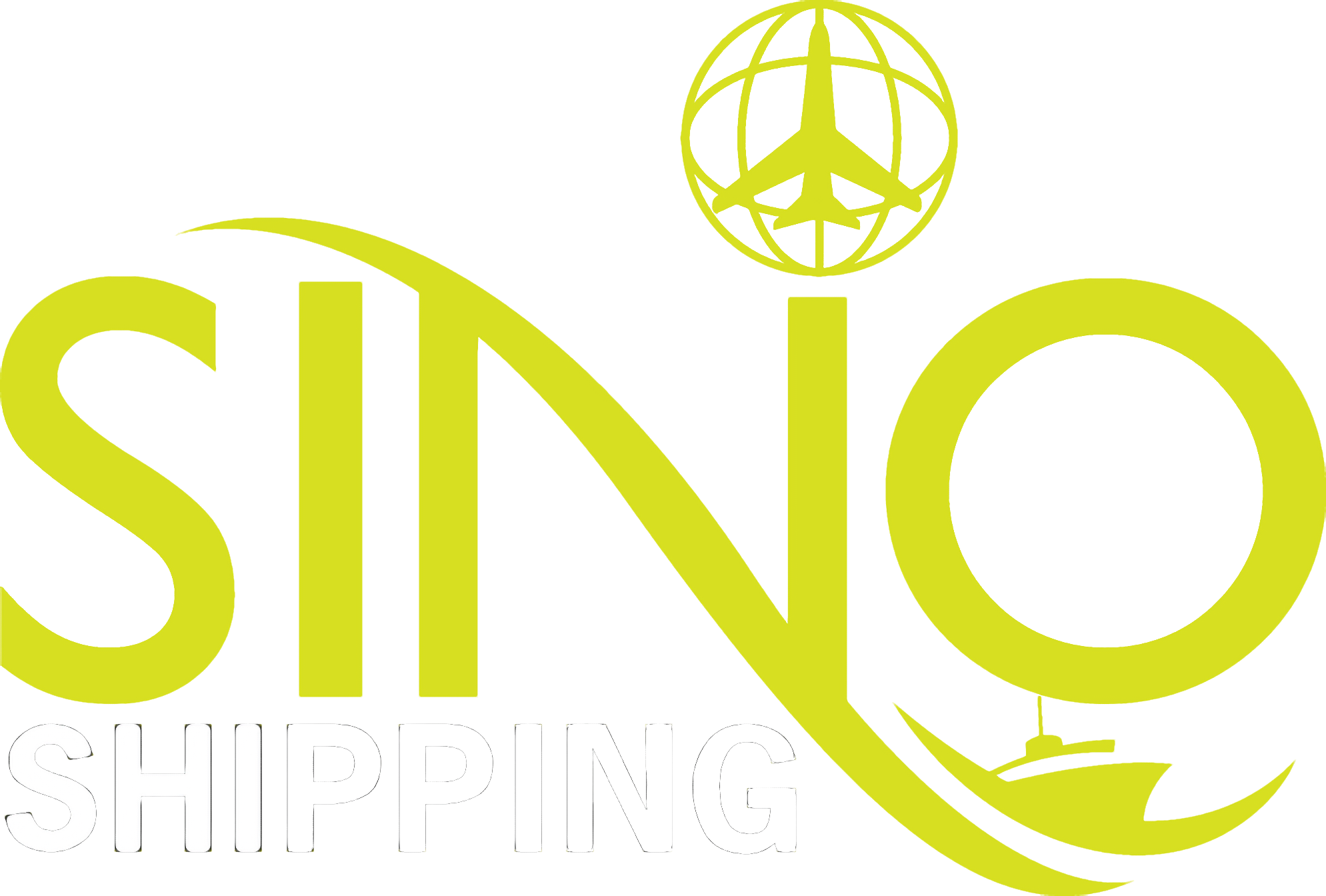 Fill out the form and we'll handle the rest!​

Get your customized quote now!